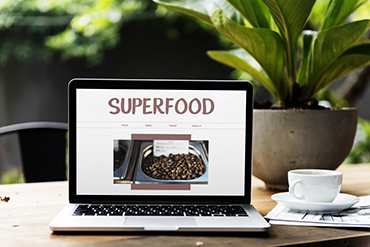 The Teen Years: Nutritional Requirements. Childhood and Adolescence: Is Pizza and Cola Enough?

Childhood and Adolescence: Is Pizza and Cola Enough?

My oldest son had the recent misfortune, while practicing for the upcoming high school soccer season, to slightly fracture his leg. Earlier in the year, he was on the sidelines for a short period of time because of a mild groin pull.

Why this sudden susceptibility to injury? Could it be due to the fact that he is in the midst of a marked growth phase, rapidly moving from boyhood to manhood? After the requisite emergency room xrays, the orthopedic specialist pronounced that it was either a slight fracture at the growth plate, or a bad sprain but not to be concerned, "we treat them both the same way."

Well, that may be well and good, but my wife did not let the matter end there. It so happened that my son had a visit with his long_time pediatrician already scheduled for later that week. During the exam, she asked if perhaps his diet might be inadequate, given his rapid growth maybe he needs more calcium?

The doctor dismissed her concerns with a wave of his hand, and the statement that there was no need to worry about children's diet. "Kid's eat plenty of food there is no reason to take supplements or worry about deficiencies!"

My wife was taken aback, and needless to say, when she told me what he said, I was dismayed. How could a doctor say something like that at this time?

Years ago, it was common in the alternative medicine community to criticize conventional doctors as uneducated relative to nutrition. To some degree, their excuse was that they receive so little nutrition training in medical school. And, of course, there was that deeply ingrained mistrust of anything except drugs when it came to "curing disease." Diet had no connection with heart disease or cancer, and anyone who felt otherwise was a quack.

Now, fortunately, that has all changed. The role of nutrition in both preventing and curing various health disorders is now widely accepted. Medical schools are teaching more about nutrition, and medical journals are regularly reporting examples of the role various nutrients and herbs play in treating serious health problems.

But I guess things have not changed as much as I had thought. Here is a bright, middle_aged pediatrician telling us that, in general, teenager's diets are fine, that there is no need to explore the possibility that a suboptimal diet might be influencing a teenager's general health. I was surprised.

So I began to look into it, and made it the topic of our Willner Window Radio Program that weekend. Here is part of the conversation that night: (excerpted from the August 15th Willner Window radio program, on WOR _ 710AM)

Arnie: I was talking to Don the other day, and he had some interesting, and troubling, comments to make about a visit by his oldest son, Joshua who you hear on our Willner commercials.

Here is the problem. Josh is a very good soccer player. He is almost 17 years old, and has undergone a big growth spurt this summer. While practicing a couple of weeks ago, he went up for a header, collided with another player, and came down awkwardly on his ankle, resulting in a mild bone fracture.

Well, after the emergency room consultation, the x_rays, and the follow up visit to the orthopedic surgeon, the air_cast, and so on, he happened to be scheduled for a regular visit with the family doctor. His Mom, who was naturally concerned about his healing, as